Make a booking for the daily transfer from Ilha Grande to Rio de Janeiro city and airports. 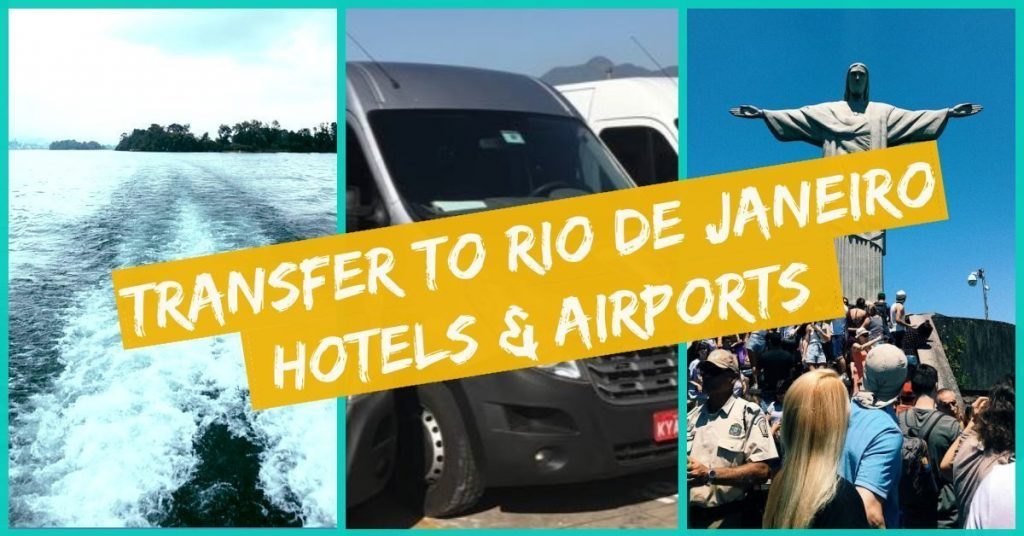 Included with this transfer is a ticket on a modern and safe speedboat that departs the main pier of Vila do Abraão on Ilha Grande. Upon your arrival to the mainland, you will change to a van for the drive into Rio de Janeiro city.  Choose to be dropped off at a hotel or Airbnb within the city, or either the Rio Galeão GIG or Santos Dumont (SDU) airports.

Our transfers are the fastest and safest way to travel to Rio de Janeiro from Ilha Grande.  The vans are new and equipped with air conditioning, wi-fi, security camera, satellite tracker, and includes passenger insurance.

The check-in for the transfer from Ilha Grande to Rio de Janeiro is made 20 minutes before departure at the principal tourist pier of Abraão (Estação Abraão).  When it comes time to depart, our representative escorts passengers to the boat where the staff will help load the luggage before you enter the vessel.

Passengers sit in the shade and are protected from the rain. There are enough lifejackets on board for everybody and the boats are captained by licensed and professional personnel.

These Flexboats are the quickest vessels for getting from Abraão to Conceição de Jacareí, with the crossing taking between 15 & 25 minutes. On arrival to the mainland, the passengers are guided to their designated van for the drive into Rio de Janeiro.

The transfer from Ilha Grande to Rio de Janeiro does not drop-off at all locations within the city, therefore check the possible destinations before making your reservation.

The van first drops off at the RIO Galeão (GIG) and the Santos Dumont (SDU) airport.  You may also be dropped off at the nearby Linx Hotel, which is the only other location in the area of the GIG airport.

Delays due to sea and road conditions are always a possibility, and we are not responsible for the missing of your flight.  Please make sure you leave extra time for the transit to the airports.

It is possible to drop off at the Rio Novo bus terminal, but similar to the airport you must make sure you leave ample time to get to the terminal to take your bus in case of delays.

Drop-offs in Rio city are possible at accessible and safe locations.  The van will not go into any area considered as a Favela or any location deemed unsafe.

The van will not drop off at the following locations

– Vidigal
– Location accessed by Ladeira Ary Barroso street on the hill of Leme*,
– Rua Saint Romain & other streets accessed by it.
– Maracana Area (except from a meeting point at the stadium)
– Neighbourhoods around the GIG international Airport,
– Niterói
– Others located out of pick-up zones or difficult for the van to access.

Luggage allowance for the shared service is 1 standard-sized suitcase or backpack per person and 1 carry-on bag per person. The carry-on item needs to able to fit at your feet or on your lap if no other space is available with the rest of the luggage.

You are responsible for carrying your own luggage to the boat and to the van.

If you have more luggage than this, please contact us to see if we can accommodate them.  Extra charges may apply.